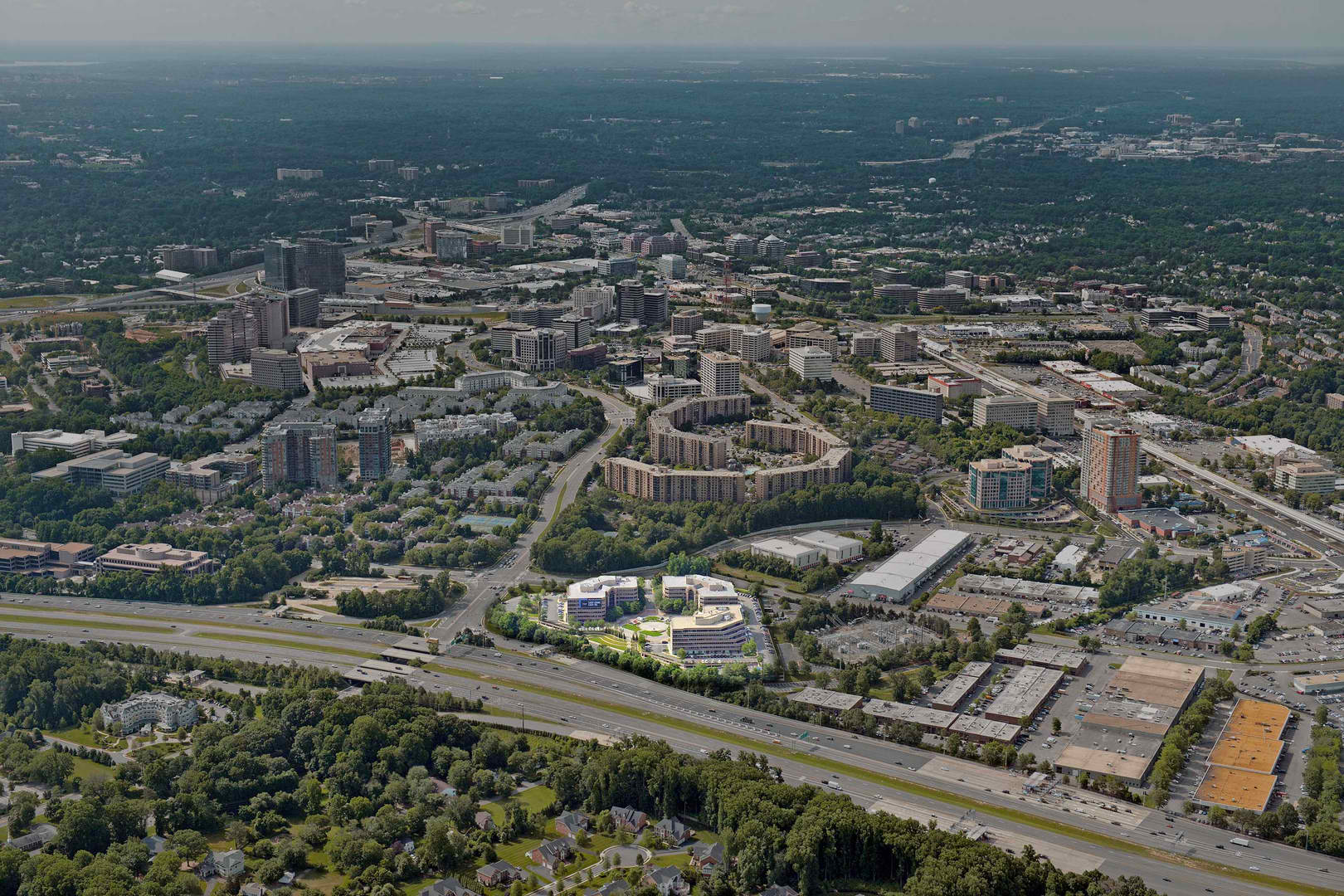 Fairfax County was originally formed in 1742, when Virginia was still a colony under British dominion. The area that would become Fairfax County had previously been home to an indigenous society called the Doeg, but these inhabitants were driven northward into Maryland by British colonists.

Several prominent Virginia colonists settled into Fairfax county, due to the nearby Potomac River. The most famous resident of this time was George Washington, whose family built the Mount Vernon estate in Fairfax County beginning around 1734.

Fairfax County was the site of many important battles during the American Civil War. The First and Second Battles of Bull Run were fought at the border of Fairfax County, as was the Battle of Chantilly.

As the federal government of the United States grew during the years leading up to and following the Second World War, Fairfax County rapidly developed into a suburban community. The increase in the government-driven economy — as well as a technological boom — led to a quickly-growing population.

Today, Fairfax County is an economically and socially important suburb of Washington, D.C. It is home to many government institutions, as well as many vital industries and large businesses.

Fairfax County spans a total of 406 square miles, and is bounded to the north and southeast by the Potomac River. Fairfax County lies across the Potomac from Washington, D.C. and several counties of Maryland, including Montgomery, Prince George’s, and Charles counties. Fairfax County is also bordered by Arlington County, Loudoun County and Prince William County in Virginia.

Although the city of Fairfax is not technically part of Fairfax County, it comprises a large area in the center of the county. Most residents of Fairfax own their homes, rather than renting. Fairfax has a highly-rated public school system.

Reston, originally founded in 1964, is currently the most populous part of Fairfax County. Reston was designed to revolutionize land use and residential development space in suburban America. Reston is connected to the rest of the D.C. Metro by the Silver Line, which stops at the Wiehle-Reston East station.

Tysons Corner is a commercial heart of Fairfax County, offering convenient urban living. Tysons Corner has been lauded for its excellent shopping and dining options, as well as its connection to the D.C. Metro via the Silver Line.  This neighborhood is experiencing rapid expansion, and is expected to become the downtown core of Fairfax County.

McLean is a luxury neighborhood in Fairfax County, located between the Potomac River and Vienna, VA. The Silver Line offers service to McLean, connecting the region to the larger Washington, D.C. Metropolitan area. McLean is home to many diplomats and government officials due to its proximity to the capital.

Popular things to do in Fairfax County

Visitors and residents of Fairfax County have recommended the following experiences and attractions in the area:

There are over 300 stores in Tysons Corner Center, including several notable institutions. Tysons Corner Center saw the opening of the East Coast’s first Nordstrom and the world’s first Apple Store. There are currently plans to further expand the mall, adding residential and community structures, as well as a central hotel.