The Next Generation Shopping Center

In the 1950s Ballston’s Parkington Mall was established as America’s inaugural shopping mall with a multi-level parking garage.  30 years later it was given a facelift and was renamed Ballston Commons.  Now, in 2018, it is about to embark on a new and ambitious era with the upcoming Ballston Quarter.  Billed as more than just a shopping mall, this new iteration aims to encapsulate the essence of the modern day experience.  Shopping will be now taking equal footing to both food and entertainment.

It’s a whole new way to imagine the shopping experience.  With so many potential things to do nowadays, we need a reason to go somewhere.  As online shopping has overtaken retail, the allure of the mall has dissipated.  So reflecting this mindset of the modern day consumer in Arlington, the new Ballston Quarter aims to be a much more open and interactive space.  Not just a revamp of the traditional shopping mall.  Rather, as the high quality focal point of the neighborhood it will more resemble an old school High Street, infused with the modern inclination for “an experience that feels authentic and memorable.”

What to Watch for in Arlington’s Latest Groundbreaking Installation

With brand new apartments and condos, luxury office spaces, delicious restaurants, and legitimately exciting and ambitious entertainment and shopping options, the new Ballston Quarter projects to be an elite commercial center – one of the region’s very best.  It represents the incoming wave of next generation of entertainment, which places a greater emphasis on one’s actual experience.

It’s due to open by the end of the year.  In the meantime here are some of the most intriguing features announced thus far. 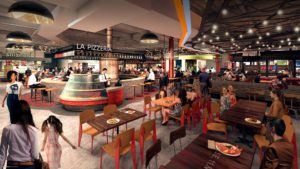 A diverse array of popular local and international eateries. The likes of Timber Pizza and sushi spot Buredo are especially alluring.  Additionally, Cookology will be offering hands-on cooking classes for both children and adults. 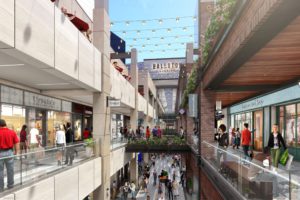 Over 360,000 square feet of retail space.  The shopping options will be abundant, with a preference to stores that create an “experience that feels authentic and memorable. 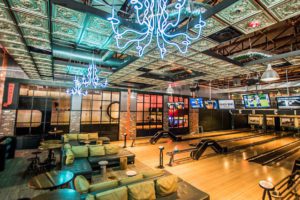 Nearly 40% of the new Quarter will be devoted towards entertainment.  In addition to the revamped Regal Cinema, cosmic bowling, as well various experiential tenants including: escape rooms, Nook, and Punch Bowl Social. 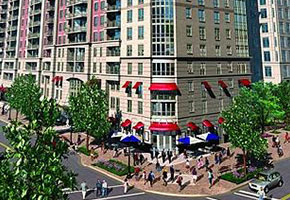 Due to open up at in 2020.  They will be accepting applications for leasing and purchasing these cutting edge new properties sometime later this year. 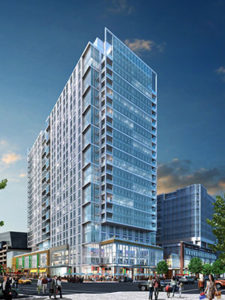 Set right across from the Ballston metro station, the new office spaces will conveniently be at the heart of everything.  These modern office buildings will be vibrant and bright!

If you analyze the real estate values along the Orange Line Corridor, you will notice a slight decline in and around Ballston compared against that of Clarendon, Court House and Rosslyn.  Though partly due to the distance being a little further from the district, this is also a result of the decline of the old Ballston Commons.  But with Ballston Quarter projected be to completed within the year, the market is only going to become more and more competitive.

Over the next few years, you should expect to see a massive boost to the real estate value of the neighborhood’s properties.

There is serious potential for the character of New Ballston to resemble a sort of sweet spot between trendy Clarendon and corporate Rosslyn.  So make sure to act fast!

Check out our Ballston properties currently for sale.

The Top 3 Dog Parks in Arlington

This Weekend in Arlington: The Parade of Homes

Keri Shull in Forbes Magazine: “No” Will Never S…