The District of Columbia

Washington, D.C. was founded on July 16, 1790, by the signing of the Residence Act. This federal statute, enacted by the First United States Congress and signed by President George Washington, authorized the creation of an independent federal district to serve as the seat of the federal government. Prior to the founding of Washington, D.C, the federal government made its home in New York City, New York. The states of Maryland and Virginia donated the land upon which the District was built — this donation originally included the established cities of Georgetown and Alexandria.

Washington, D.C. was explicitly designed to remain independent from any singular state’s control. To maintain this, the District is under the direct authority of the federal government, unreliant on any state government for protection. The District of Columbia was founded in its current location — on the border of the northern and southern states, as part of a congressional compromise. The Residence Act simply provided for the creation of a capital district along the Potomac River; the exact location of Washington, D.C. was chosen by President George Washington.

In 1846, on the eve of the American Civil War, the residents of Alexandria, Virginia petitioned to take back the land that they had donated to the District. This proposal, known as retrocession, was approved and accepted by the Virginia General Assembly, and subsequently honored by the U.S. Congress. Therefore, the current boundaries of D.C. represent only the land that was donated by Maryland.

Washington, D.C. began to see rapid growth during the early 20th century, due in large part to the increase in federal spending under President Franklin D. Roosevelt’s New Deal. This spending led to the creation of many new government buildings, museums, and memorials in D.C., and the hiring of many new federal employees.

Architecturally, D.C. is designed to emulate European-style city plans. A federal height restriction limits the size of commercial and residential buildings in the District, preventing the skyscraper skylines that are common in other American cities. The skyline remains dominated by several key landmarks, including the Washington Monument and the Basilica of the National Shrine of the Immaculate Conception.

Washington, D.C. is a federal district and the capital of the United States of America. Washington, D.C. is unique in that it is not a part of any state in the union — rather, it is a capital district that is directly governed by the federal government. Because the district was created from land sourced from the surrounding states, D.C. lies in close proximity to both Maryland and Virginia. D.C. is bordered by Montgomery County, Maryland, Prince George’s County, Maryland, Arlington County, Virginia, and the city of Alexandria, Virginia.

As of the most recent census estimate, Washington, D.C. has a population of 702,455. The population of the District is growing, having risen by 16.70% between April, 2010 and July, 2018. There is an active real estate market in the District of Columbia — in the last 12 months, there have been 398 homes listed or sold in D.C.

Popular neighborhoods in the District of Columbia

Foggy Bottom is a historic neighborhood in the Northwest Quadrant of Washington, D.C, and it is the site of George Washington University, whose campus covers much of the neighborhood. It is also quite close to Georgetown University — because of this, many of the residents of Foggy Bottom are students of these schools. Most people in Foggy Bottom rent their homes, though there are plenty of opportunities to purchase real estate. Foggy Bottom is served by the Blue, Orange, and Silver Lines via the Foggy Bottom – GWU Metro station.

Downtown is a neighborhood in the northwestern quadrant of Washington, D.C. The boundaries of this area have changed over the years, but it can be generally defined by its proximity to the White House. Downtown is home to many culturally-important museums, theatres, and entertainment venues, making it a hotspot of activity in D.C. The majority of Downtown residents rent their homes, but there are many options for people interested in purchasing a home in the area. Most of the properties available for purchase are condominiums. Downtown is serviced by several Metro stops — including Farragut North, Dupont Circle, and McPherson Square — on the Red, Silver, Blue, and Orange Lines.

Located in Northeast D.C., Edgewood offers a slightly suburban feel compared to the other popular D.C. neighborhoods. Catholic University Theological College is a primary landmark of Edgewood, though the campus is not technically within the neighborhood. The university and surrounding religious buildings have led to Edgewood being nicknamed “Little Rome.” Most of the homes available for purchase are condominiums, and more people rent their homes than own in Edgewood. There is no Metro station within the Edgewood neighborhood, but residents can access the Red Line through the nearby Brookland-CUA Station.

Cleveland Park, which is in Northwest Washington, D.C., is one of the most popular and highly-rated neighborhoods in the District. Although most residents rent their homes — like in most D.C. neighborhoods — Cleveland Park offers a more diverse selection of housing styles. There is a healthy mixture of condominiums, townhomes, and single family homes, in a wide variety of aesthetic styles. The area is connected to the D.C. Metro by the Cleveland Park Station, which is serviced by the Red Line.

Top 5 most popular things to do in Washington, D.C.

Visitors and residents of D.C. have recommended the following experiences and attractions in the area:

Education in District of Columbia 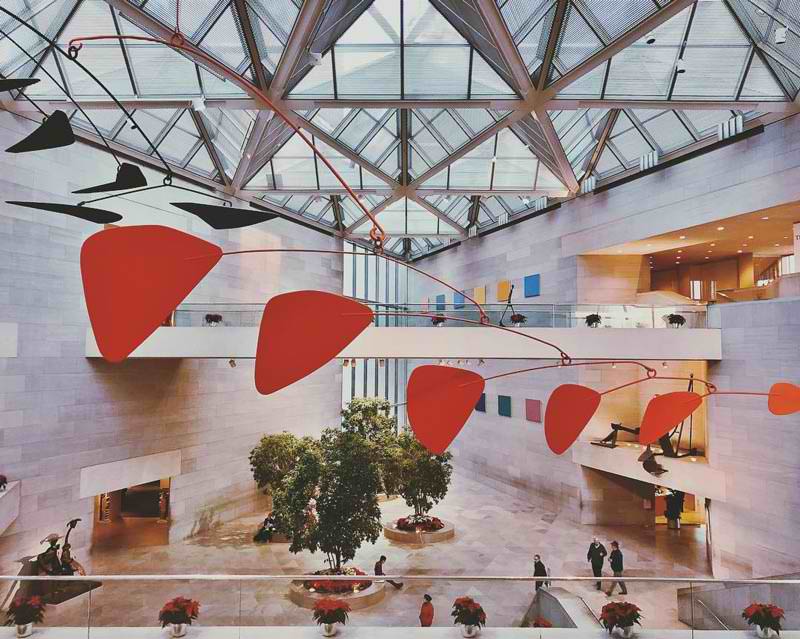 The National Mall is a curated park near downtown Washington, D.C., containing or bordering almost all of the District’s most famous museums and memorials. Broadly defined, the National Mall stretches from the Lincoln Memorial, on the western edge, to the United States Capitol on the east. It is bisected by the Washington Monument. Due to the abundance of free museums and national attractions nearby, the National Mall receives roughly 24 million visitors each year.